We have seen the market rally significantly after the selling in Q4 2018. Although this is one of the strongest rallies in history, we believe that this is a bear market rally that is about to end. We are taking advantage of this rally and reducing our equity exposure till we get a confirmation of a bull market.

Currently the market is trading on technicals. Fundamentally there has not been any improvements this year compared to 2018. In fact, we saw several large companies guide their revenues and earnings lower in Q1 2019. It is important to remember that it is the fundamentals and earnings that drive stock prices and not the technicals.

Before we look at the factors that are pointing towards the end of this rally, let’s look at the 2 popular bullish cases that are out there. 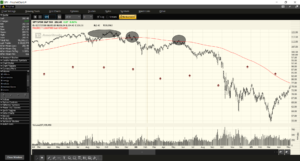 We have seen the same thing happen in 2001-2002 tech crash too as you can see in the chart below. The daily price closed above the 200 dma few times but it eventually failed. 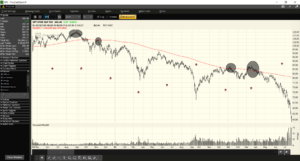 We believe that there are few indicators that are better at predicting the market returns over the next 3-12 months. The conference board LEI, Initial Claims and our internal macro model have given us timely warning signals with regards to the long-term trend. These indicators by itself has better odds than random but when we get warning signals from all 3 at the same time, the historical results have been very good. 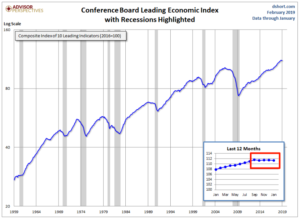 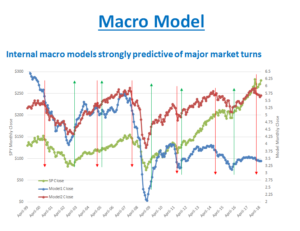 All our analysis is pointing towards a market decline of 20% or more in the next 12 months. The current rally that started after Christmas 2018 seems to be fading as we are noticing divergence between small caps and large caps. Momentum stocks that seemed to do really well as the rally started has been struggling recently. 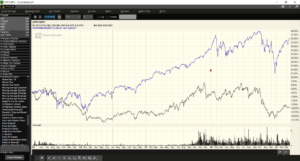 The chart above compares the FFTY/SPY (black) with S&P 500 (blue). You will notice that FFTY/SPY made a high in December 2017 and it has recently been diverging as S&P 500 is making monthly highs. Historically this has happened near a top and with our macro/longer-term view being bearish, we feel that this is a good opportunity to reduce equity exposure.